These striking, individually hand-crafted skulls by American artist Lee Downey were sculpted of metal from the Gibeon meteorite, which was discovered in 1836 in what is now Namibia, Africa.

The Gibeon was formed in the Solar System during pre-historic times: Radiometric dating places the age of the metal in the meteorite at 4 billion years.

The meteorite, which was named after Gibeon, Namibia, was dispersed over an area, 170 miles long and 62 miles wide. Meteorites are among the rarest objects found on Earth. The term “Gibeon” describes all the meteoritic material that descended from space during this fall.

An asteroid or other metallic Solar System object that passes through Earth’s atmosphere is called a meteor; if it reaches the ground, it is a meteorite. The Gibeon originated as part of a protoplanet that existed billions of years ago between Mars and Jupiter. The protoplanet shattered, forming what is today known as the Asteroid Belt.

Downey’s craftsmanship—as well as creating breathtaking pieces of sculptured art—reflects the Gibeon meteorite’s incredible prehistoric journey from Solar space to Earth. Of striking note is the skulls’ beautiful, other-worldly crystalline lattice: known as a Widmanstätten pattern, it is a motif that unveils an arrangement of matte and glossy stripes that imitate metal. It takes millions of years for that crystallization to occur, and no environment but the vacuum of space provides such an extended cooling period.

A life-sized skull sculpture by artist Lee Downey, carved from a 115-pound piece of the Gibeon meteorite (and named “Yorick” by the artist, for the Shakespeare character whose skull was exhumed in the play “Hamlet”) was a featured item at the Bonhams Los Angeles auction on November 24, 2015, with a bidding price starting at $400,000.

These hand-crafted artifacts of interplanetary science and history are ideal for collectors of minerals, Natural History, celestial objects, and rare and unusual art crafted from rare elements. 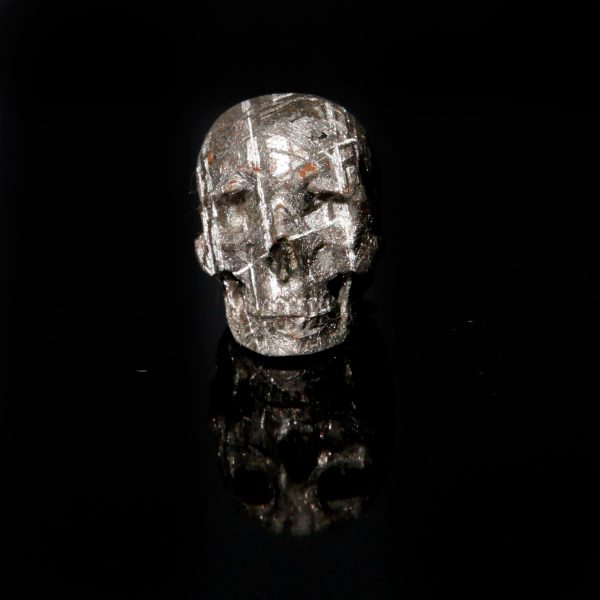 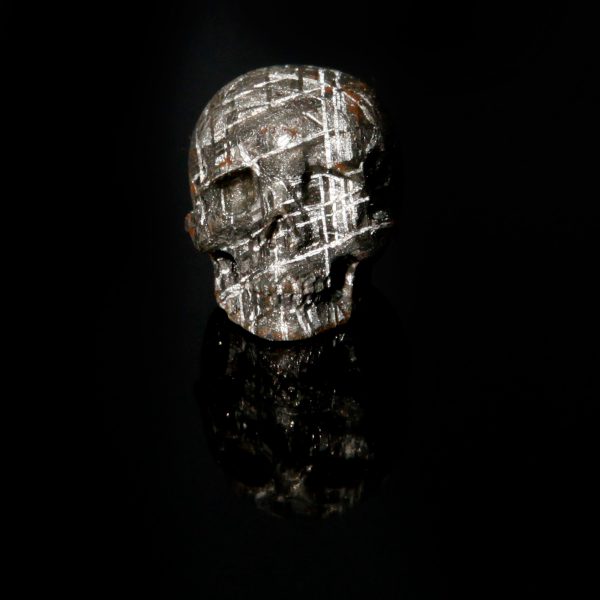 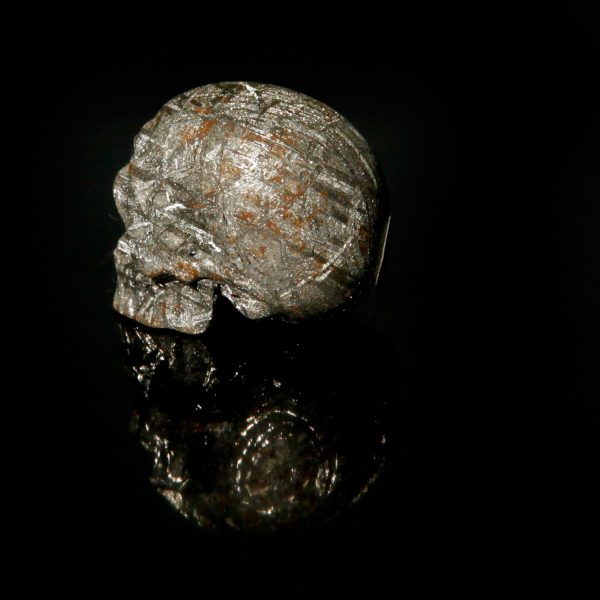 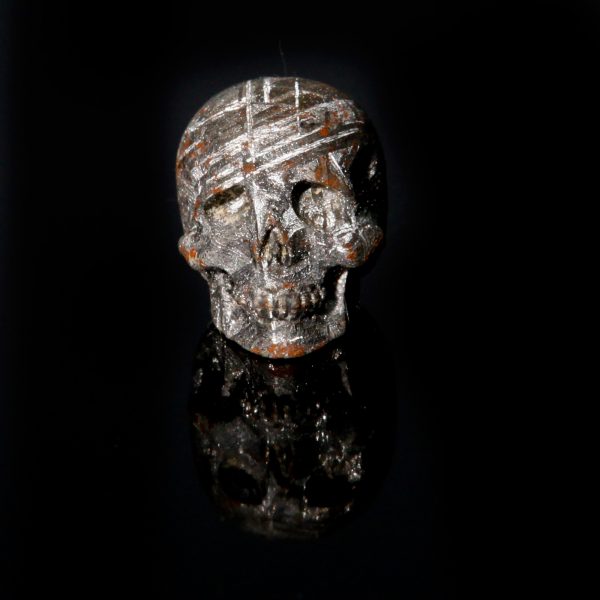 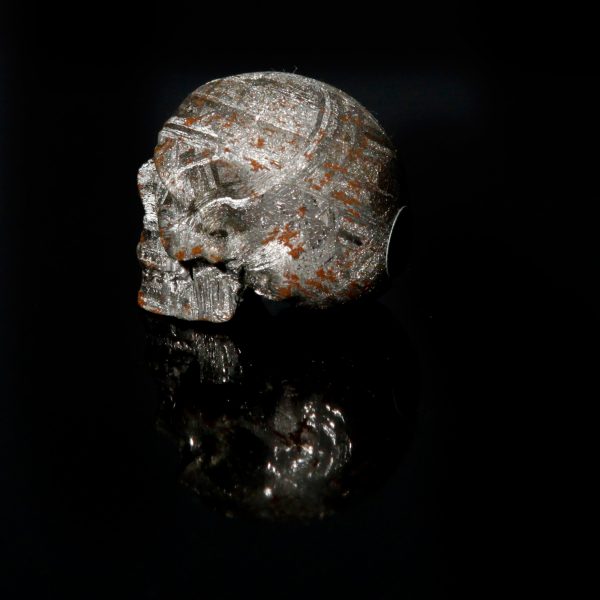 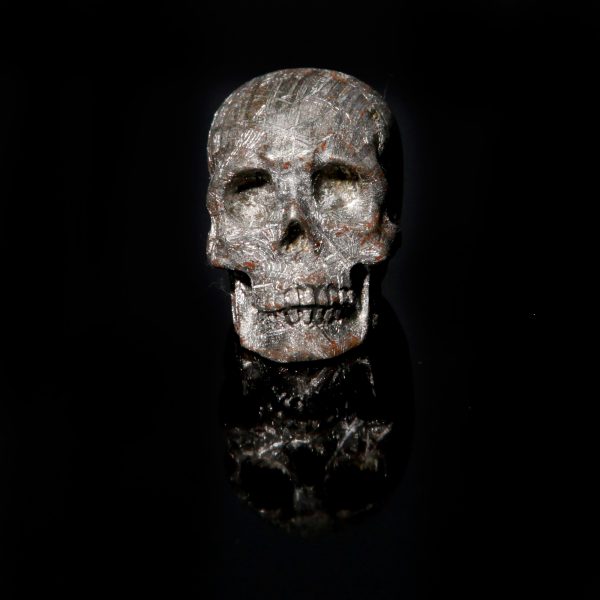 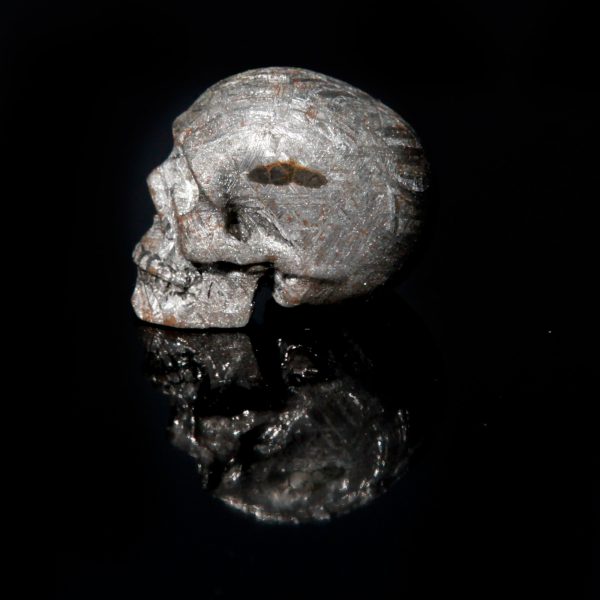 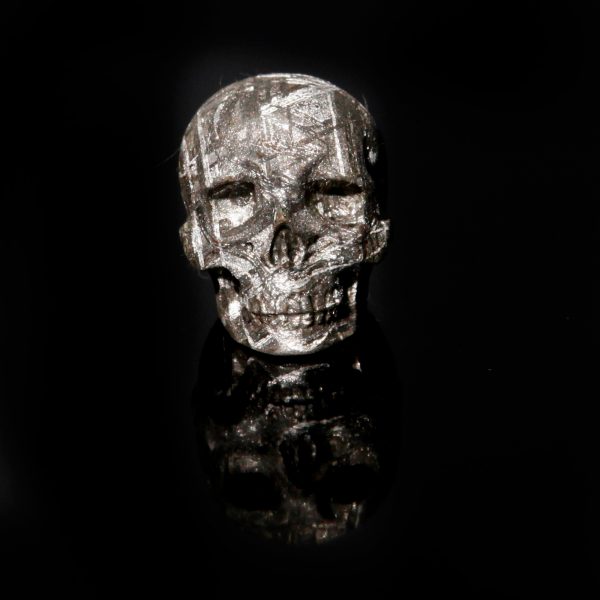 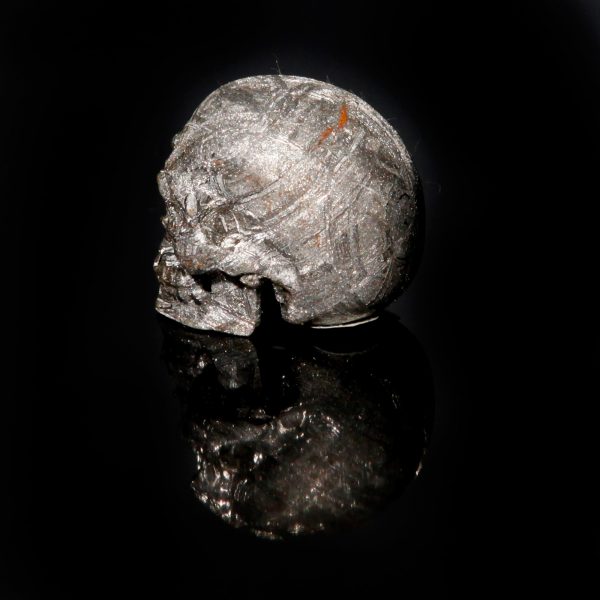