House of Whitley presents this rare and exceptionally well-preserved Alligator Snapping Turtle fossil (Macrochelys apalachicolae). It was created approximately 20,000 years ago during the Pleistocene Epoch, an era commonly referred to as the “Ice Age.”

Turtles made their first appearance in the fossil record about 200 million years ago, during Earth’s Triassic period, giving them an older fossil history than any other living four-legged animal. Turtles were present when the first dinosaurs emerged. They also witnessed the evolution of birds from dinosaurs, and were around when some of the early mammals evolved into elephants, whales, and even humans.

Turtles are relatively large creatures, possessing a large amount of bone. They often dwell in marshy or aquatic habitats where their bones become buried and preserved. As a result, their fossils are frequently discovered in prehistoric sedimentary deposits from the Jurassic period, and from more recent epochs. Many turtle fossils are unearthed in Cretaceous deposits around North America. 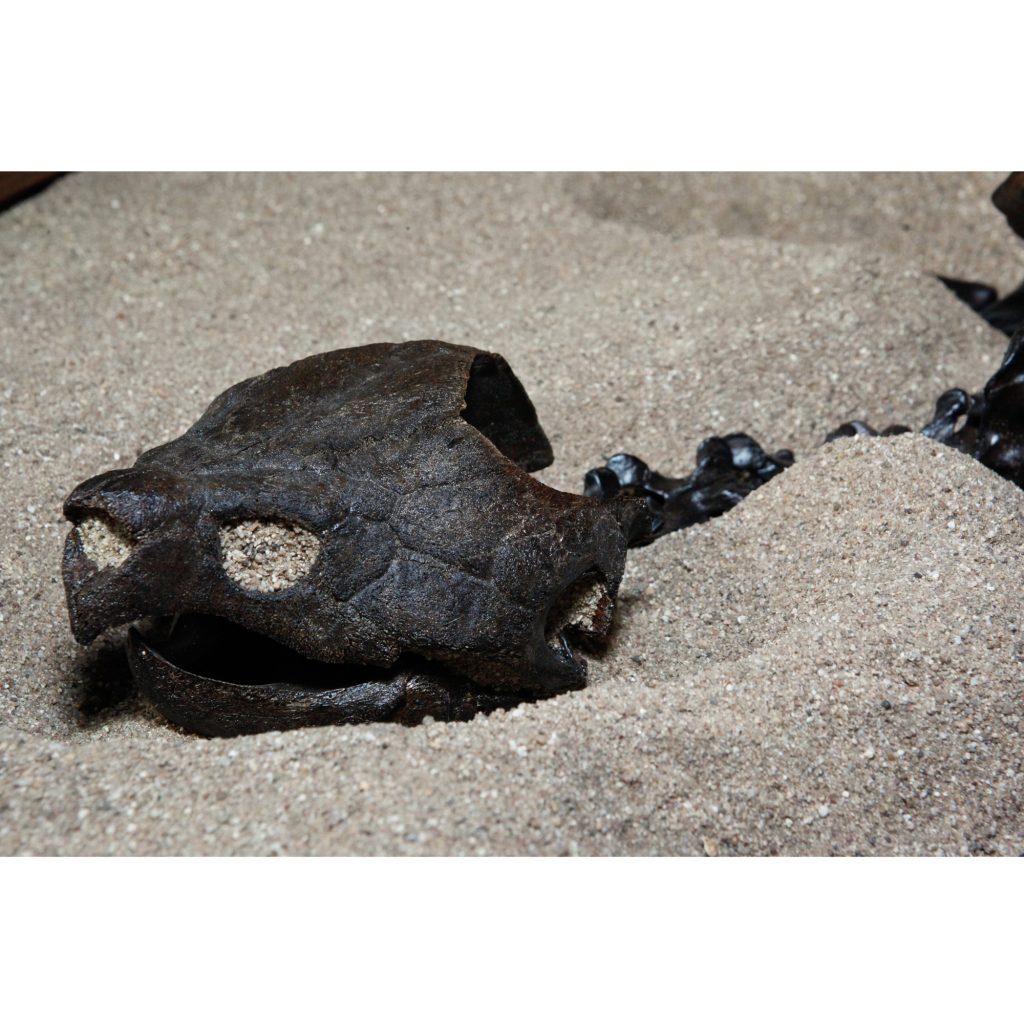 Severe climatic changes during the Pleistocene Ice Age had major impact on fauna and flora. A major extinction event of large mammals, which included mammoths, mastodons, saber-toothed cats, and cave bears, began late in the Pleistocene. The extinctions were especially severe in North America, where native horses and camels were also eliminated. Neanderthals also became extinct during this period, while the evolution of anatomically modern humans took place during the Pleistocene.

Modern alligator snapping turtles are found primarily in the waters of the southeastern United States. They actually comprise three distinct species that developed separately millions of years ago. Macrochelys temminckii can be found near the Mississippi and Mobile Rivers; Macrochelys apalachicolae—like the one in our collection—are found near the Apalachicola River and other rivers close to western Florida’s Panhandle; and Macrochelys suwanniensis can be found in and around the Suwannee River, which flows through Florida and Georgia.

This exceptionally well preserved Pleistocene Alligator Snapper was discovered in Taylor County, Florida, and is displayed in a rock/sediment matrix. Turtles of this size and completeness are very rare. It can be displayed in a variety of ways, including mounted vertically or horizontally. Your House of Whitley consultant will be happy to make recommendations based on the particulars of your project, living- or workspace, and to show you additional examples of fossil fish, plants, and other more exotic specimens that originate in our Green River Formation quarry in Southwestern Wyoming.